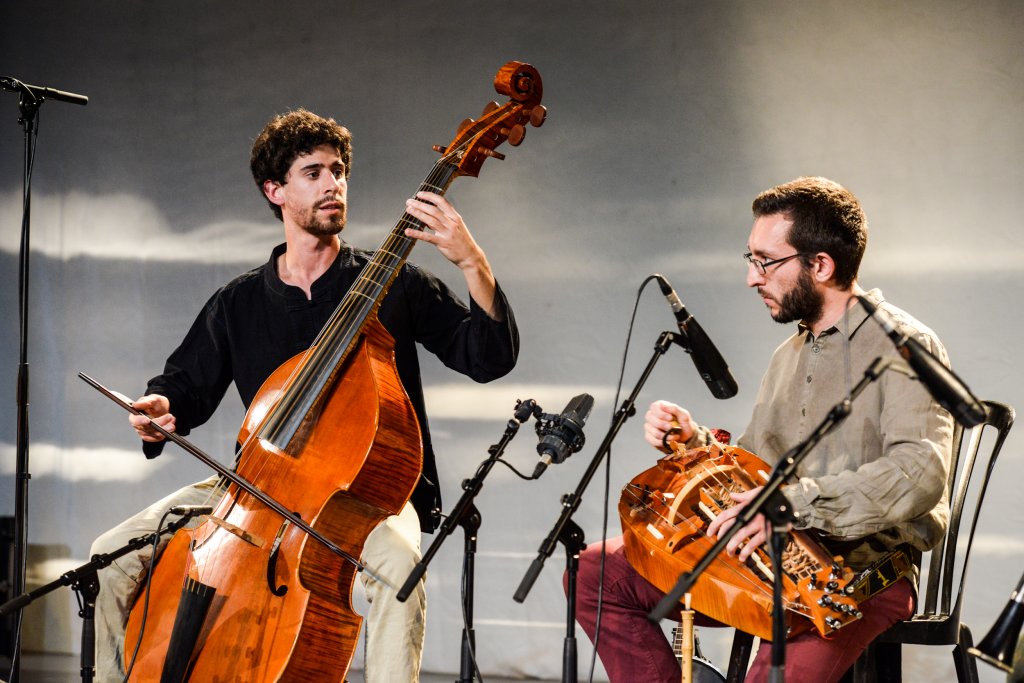 Today, he practises his art in the regions of the Lot and Toulouse using a variety of instruments: hurdy-gurdy, accordion, banjo, and oboe are some of the tools that allow him to engage with traditional ways of playing, in bands such as Clica Dròna and Tripoux.

Studying under Erik Marchand at the Kreiz Breizh Academi gave him the opportunity to further his knowledge of the modality of French traditional folk music and the different musical temperaments specific to each. He recaptures these modes, these colours…in different kinds of music from distant regions, or in Basque singing with Julen Achiary, whom he met in Toulouse. This encounter brought him to play in various projects, especially Basa Hats, in which he works with Julen and singer Maddi Oihenart from the Basque Country province of La Soule, consequently discovering the Basa Ahaide that he cultivates in Haratago.

Drawing on this learning and his diverse experiences, he has carved out a place in the orchestration of Haratago that surpasses accompaniment in the strictest sense…Velvety drone sounds, sustained powerful rhythms with subtle, crystalline flights, and phrasing controlled by prolonged breathing that also give wings to these instruments. With the woody essence of his profound contribution, he goes beyond the alleged distinction between working “on the substance” and the melody.

The music of this quartet opens like the flower of a giant thistle, where melodies, irrigated with rhythms, are cloaked with a fragrance of wisdom of a thousand scents.