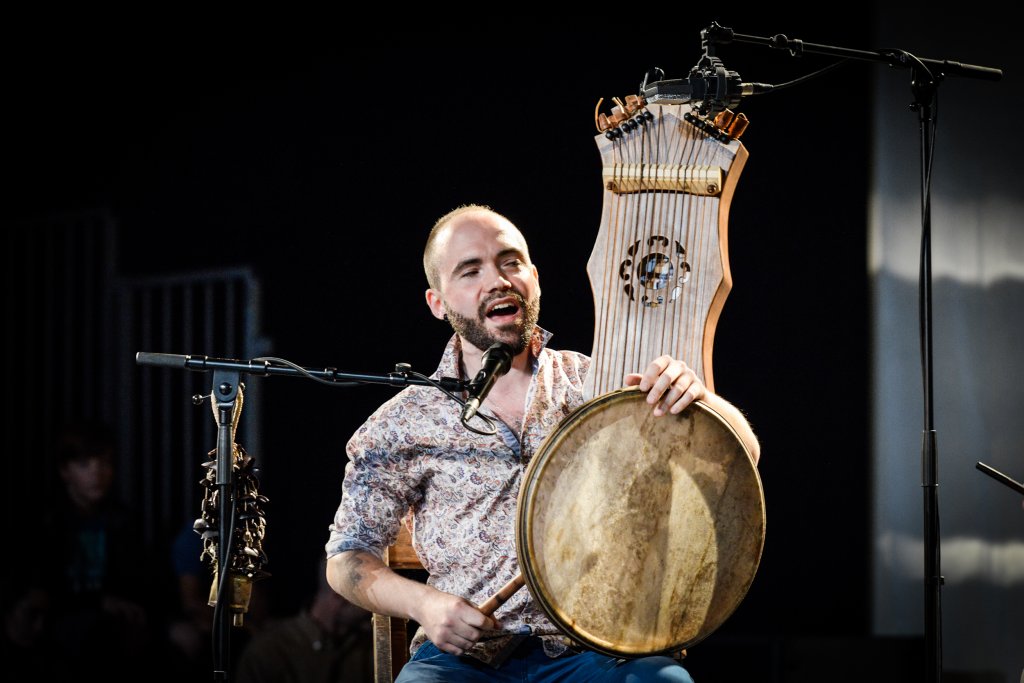 Julen Achiary is part of a generation of Basque musicians who have come of age in an already proven world of Basque music. He has been shaped by the enriching dialogue that he has consistently had with Basque culture, and which continues to flourish.

His path, built along reliable and tenacious tracks, takes root in his connection with Basque singers from the La Soule province who have passed on their love of singing and the Basa Ahaide. It is not a path of static, exclusive music but is, quite the contrary, a path that embraces openness, encounters and sharing, of music reborn in creation.

The Basque Country has given him his love for dance, music and singing, which flows in his veins. Festivities and encounters set the tempo for his life growing up and, over the years, have introduced him to the world, the “Tout-Monde” already discovered at festivals in Uzeste, Itxassou… and not long after, in Africa, the Congo; then in Turkey and Azerbaijan, where he forged links between the sounds of the Caucasus and the Arbailles mountains in the Basque province of La Soule.

Thanks to all these legacies, Julen has built a unique musical identity that he particularly expresses through a constant pursuit of sounds and rhythm. Seeing him perform alongside his friends in such a committed way, with such barely-contained passion yet calmness of mind, capable of singing so intensely the polyphony of human emotions, it is possible to feel a force at work that has been forged from listening to his forebears, and which has been reborn through him with patience and discipline.

He radiates the joy of sharing songs that pass through him and that he passes on.